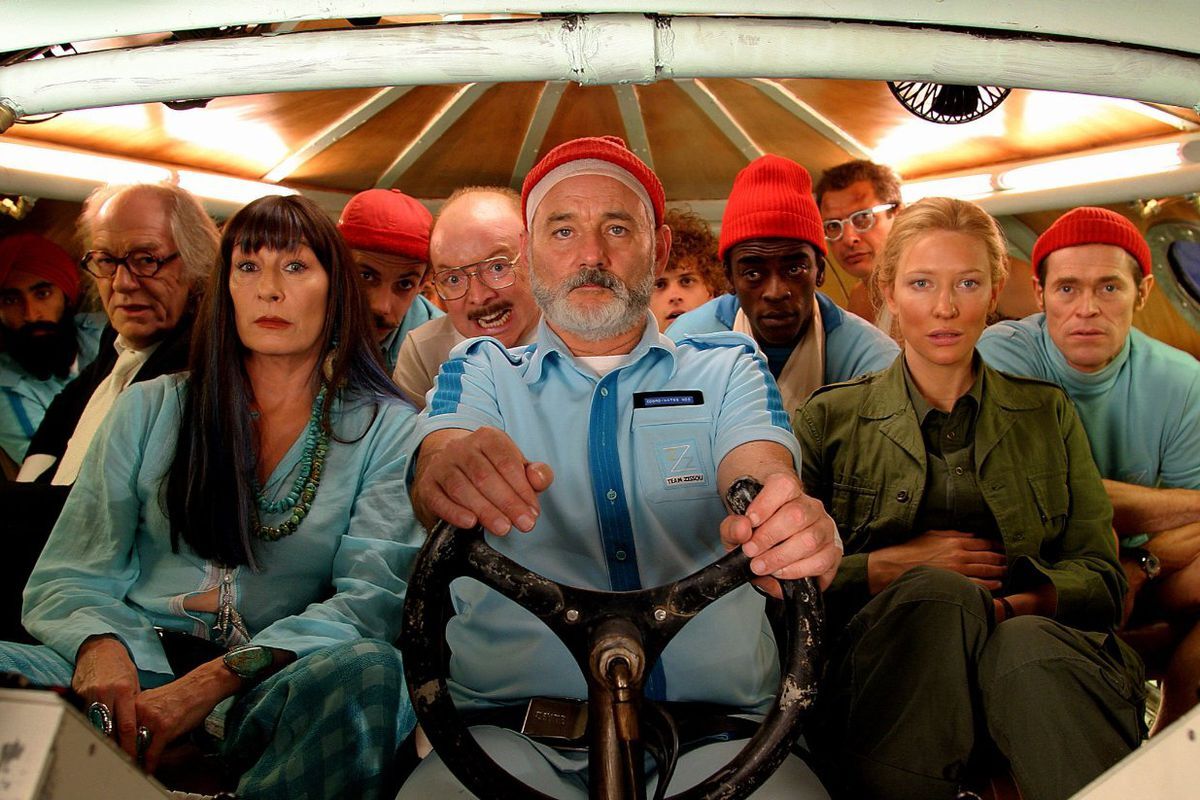 "Meetings want to suck...  But meetings don’t have to be that way." – Jake Knapp, creator of the Design Sprint

As you sit around a meeting table, you’re at a loss. One person around the table is dominating conversation, two people aren’t participating, and one person is actively scrolling through Facebook on their laptop. “People are disengaged, decisions don’t get made, and the voices I do hear are the same ones who always talk,” you pine.

Jake Knapp was right, meetings don’t have to suck. They want to, but they don’t have to. It’s in this vein that Jake Knapp created the Design Sprint, a four day process rapidly aligns teams, mitigates risk, and generates user feedback. The Design Sprint has helped save meetings, and it can help save yours. In this article, I will teach you how to make your meetings more like a Design Sprint meeting and less like the meeting that makes you want to never come to work again.

If you want your meetings to feel more like a Design Sprint (by using tried and true design thinking, business strategy, and design thinking methodologies), this article is for you.

So, you want your meeting to feel more like a Design Sprint? Great! Let’s make something clear before we get started, though: the Design Sprint is not the creator of effective meetings, eliminating group think, and motivating a team. Rather, the Design Sprint is a result of business strategy, social psychology, and design thinking, all of which existed before SPRINT was written in 2016. The concepts are not new, they’re just packaged differently.

It’s a bit like writing an article entitled “How to Make Your Movie Have a Wes Anderson Feel!” Ultimately, you’re not writing about Wes Anderson. What you’re writing about is symmetry, framing, mise-en-scène, etc. So what did Wes Anderson do? He took these highly-researched, previously practiced, well-known principals and put them in new packaging.

So, if you want your meetings to feel more like a Design Sprint (by using tried and true design thinking, business strategy, and design thinking methodologies), this article is for you.

The Design Sprint is not limited to the above list, but these four represent some “across-the-board” values of the Design Sprint. As such, I will give one example for how to bring that specific Design Sprint value into your everyday meeting.

A simple way to hear the opinions of your whole team.

Well done! You’ve leveled the playing field of “what does the team think?” by making sure that you heard the opinions of your full team, not just the articulate, extroverted, or very opinionated ones.

Assign a key person to be the “Decider” who makes final decisions.

Discussions are valuable, but at some point we need to say “alright, so what are we going to do?” This is when you, as someone leading a meeting, can simply say, “Alright Erica,” (or whatever your Decider’s name is) “what do you want to move forward with?” From there, Erica can make her decision, and the team can move forward. This serves several purposes, some of which are:

In order to have a Decider, simply approach the person of highest seniority that will be in the meeting and ask them who they think the Decider should be. They’ll either say it should be themselves or they’ll tell you someone else on the team that knows the project/scope/territory better. Take it from them. They (should) know what’s best for the team, who has the most institutional knowledge, etc.

Make sure the Decider knows what their role is. Now, simply start the meeting with this information. Say something like this…

Alright everyone, we have a lot of decisions to make today, so for this meeting Erica is going to play the role of the “Decider.” That means after a certain amount of time has passed and people’s voices have been heard, I’m going to go to Erica for the final decision. She’ll explain why she makes each decision, but her word will be final. This will help keep us on time and make decisions.

Discussions are valuable, but at some point we need to say “alright, so what are we going to do?”

By removing technology, the team is forced to engage with each other instead of being distracted.

An Anecdote & Some Context

A business professor of mine had a tabletop wicker basket at the front of the room entitled “the phone basket” which was used to hold the phones of every student in the class. You walk into the class, put your phone on silent, and put it in the basket. His reasoning? Simple: when you even have technology on your person, you’re not fully present.

It’s tricky when we have smart watches, smart phones, tablets, and laptops all in the same meeting. Slack notifications pop up, a spouse texts a question about a grocery item, and several emails from the same client all interrupt our being present.

One of the commitments of participants in a Design Sprint is to not use a laptop or phone. If you have to use it, please leave the room and return. We’ll give you breaks along the way to check Slack, check in with your team, etc. But while we’re in the Sprint room, we’re all physically and mentally present.

One thing you could actively ask is for people to please “close their laptops until they asked to take notes, share their screen, or prepare a demo.” You could have a “device bowl” that people put their watches and phones in. You could just say, “We’re here to meet, so let’s meet. We’re not here to work on other work.”

Oftentimes, all it takes is someone calling it out, and then the team responds. As the person leading the meeting, simply say something like…

Right now I feel like we get together to meet and people are distracted by other work. For future meetings, I’m going to ask that we try not to bring technology with us unless it is of utmost importance. Thanks!

The team should respond well, and the meeting will run with more attentive team members.

...while we’re in the Sprint room, we’re all physically and mentally present.

…and for all remote team members, would you mind turning your phones, watches, computers onto Do Not Disturb, or snoozing your notifications? Thanks!

4. Cut Down on Endless Discussion, pt. 1

Quickly identify things worth praising and things that are concerning without having to talk about each one later.

Some meetings are specific, whereas others are more like a “check-in.” Specific meetings, like, “Discuss next steps for the community event,” may have a specific agenda that you need to go through. The Sailboat Retro isn’t for that meeting. The monthly “how’s the team doing?” or “revenue strategy brainstorming session” meeting, however, is a great fit for the Sailboat. It gets ideas out of people’s heads and onto the white board. So…

Draw this on a whiteboard or collaborative online tool like Miro or Mural. You’ll have water with a sailboat on it, a rock (or in my case a really ugly flame) ahead, and an anchor behind. A nice cloud with some wind coming from it (because that’s how science works), and a beautiful island with a palm tree (Mind Flayer?) on it.

Now hand out some sticky notes, and work your way around this image, answering the following questions:

In answering these questions, you’re going to get a lot of things up on a board. You’ll hear a lot of positive things, inspiring things, thoughtful things, and concerning things. The great thing about this is that now all of these things are out of people’s heads and they’ve been named. You’ve acknowledged that all of these things are valid concerns, successes, etc. You’ve helped people voice where they are and how they’re feeling. Not only that, but these things are also out in the open for people to reference moving forward!

At this point, you’ll probably say, “Let’s focus on a couple of these things that are holding the team back.” Odds are, if you’re leading the meeting, you knew what 2 or 3 things you were going to discuss, but you wanted the team to bring it up. In doing this, the team feels heard and known, as opposed to you assuming you know what they want to talk through.

Now that’s you’ve selected a couple of them, you can say something like, “I want to acknowledge just how many things we have up on this board. We’ve got thirty meetings worth of things we could discuss. But for now, consider this Sailboat scene a “resting place” for all of these ideas. For the duration of this meeting, we’re going to focus on these 2 or 3 items.”

5. Cut Down on Endless Discussion, pt. 2

The Time Timer was born out of Jan Rogers’ need to visually communicate time to her youngest child. Fast forward 20 years and the Time Timer is a go-to for Design Sprint teams and team leaders that want meetings to run better. What’s the value of it? It helps people see how much time they have left without having to read the ever-changing numbers on a clock. As such, you can easily tell a team “we have five minutes to discuss this,” set the Time Timer to five minutes, and let the clock go. It will beep when you’re done, and you’ll move on.

There have been meetings I’ve been in where time was not enforced, and times where the Time Timer did the enforcing. When time-boxing conversation, people feel the impetus to keep it simple, stick to the main points, and leave the rest for later. It helps people say “I may want to follow up on their point, but there’s no time for that right now.”

Ultimately, this can help you take your hour-long meeting and make it a thirty-minute one!

When time-boxing conversation, people feel the impetus to keep it simple, stick to the main points, and leave the rest for later.

With these give tools in your toolbox, you can walk into your next meeting feeling confident knowing that your team will function at a higher level than before, the meeting will be more productive than most, and you’ll hear from your whole team, not merely one or two. In fact, you’ll begin to see these improvements if you simply take one of these exercises at a time and apply it to a meeting. So go get ‘em, meeting leader, and make Jake Knapp proud!

For more information about Design Sprints at Crema, www.crema.us/design-sprint.