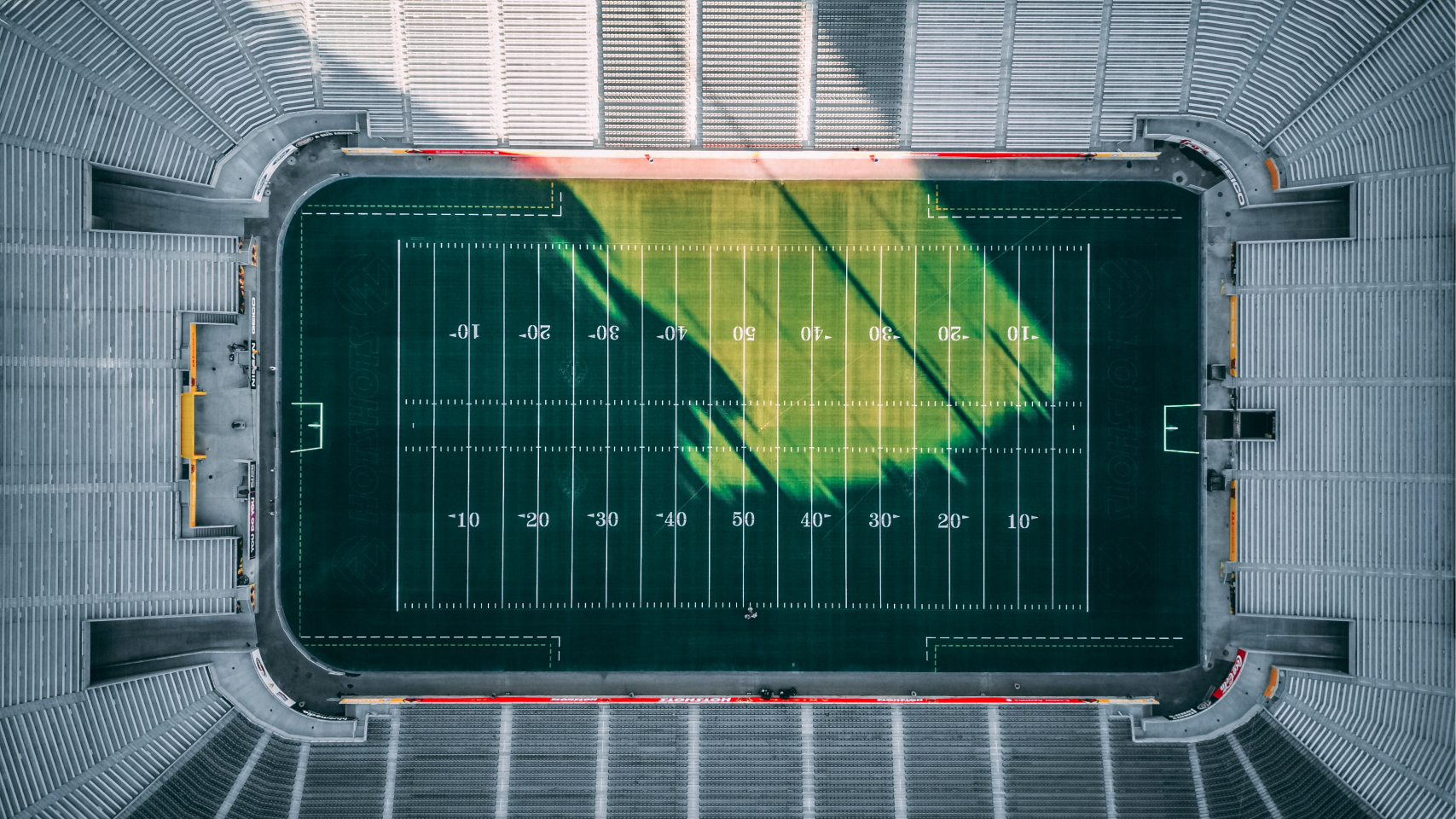 The First 15: A Product Strategy for Diagnosis & Growth

By designing a system to learn, not just do, Bill Walsh changed football’s approach to confronting challenges

Years ago, I learned that Mike Shanahan, then-coach of my hometown Denver Broncos, would script the first 20 plays of the game. Turns out, he picked this up from the legendary Bill Walsh who would pre-select the first 10-15 plays (sometimes more) of each game.

Walsh called these “The Openers” or “The First 15.” Solid preparation is essential for any coach, but Walsh took it to the next level in a way that unlocked a few huge advantages for his teams. Throughout this post, think of “plays” as decisions & executions a team might choose; they’re coordinated, cross-discipline activities designed to overcome a challenge and make progress.

Perhaps unsurprisingly, I think we can learn from this unconventional approach, even off the football field. There’s humility, optimism, & opportunism throughout and I’ve occasionally come back to it in the design, product, and strategy work I’ve been a part of. We call it “humble confidence” at Crema which is rooted in our five core values; Collaboration, Results, & Constant Improvement are especially pertinent here.

This mindset will help you make decisions in complex situations, give you a greater perspective on your challenges, and remind you that outcomes-driven development — not just delivery — is the most important part of winning whatever game you’re playing.

“Innovation involves anticipation. It is having a broad base of knowledge on your subject and an ability to see where the end game is headed.” — Bill Walsh

Plays are diagnostic in a dynamic environment

Typically, players and coaches will watch footage of their opponents’ previous games to suss out strategy, tendencies, and reactions. Next, they’d formulate a game plan to take advantage of weaknesses or counter strengths: in situation Y, run play R; in situation Q, run play P then S; and so on.

Every team is doing this before every game, but the thing is, such a plan assumes a somewhat static environment as if nothing has happened in the time between games. Walsh designed a way to quickly learn what’s changed and how he should adjust.

For example: how does the defense respond to a certain play in one situation versus another? Is a particular defender susceptible in certain formations or have they learned from their own past mistakes?

These plays weren’t chosen to win the game right out of the gate, but to selectively identify an opponent’s response to certain stimuli. He’s embracing the dynamic environment and, in a way, honoring the skills of his opponent.

“The only way to win is to learn faster than anyone else.” - Eric Ries (Author of The Lean Startup)

For product people, it’s not so much a matter of defeating an opponent but understanding our complex, ever-changing VUCA-heavy environment. This understanding is at the heart of the Agile approach, but it’s easier to get distracted with the more concrete production & delivery.

Where waterfall assumes a static environment, where everything can be planned out a year or more in advance, agile acknowledges the best way to get feedback from an environment is to participate in it. Lean Startup’s build-measure-learn model is similar: tighten up those feedback loops.

As BleacherReport says, “While you can prepare for weeks and envision the execution down to the last detail, preparing for the variables in a football game is futile.” Sound familiar? You can make a years-long roadmap, but nobody’s going to take it seriously.

To be sure, this is a question of posture, not just behavior. Teams could easily map out the first set of “plays” — sprints, features, etc. — but miss the opportunity to learn.

Many teams run those plays (as it were) assuming that running the play is the point. But really, if you run the right play well, it’s going to make an impact on the space. Understanding that impact will define how you see the rest of the game — and your role in it. The focus is on impact and opportunity, not just activity.

A new perspective on the entire game

Knowing you want to learn creates a cohesive, proactive approach not just a situational reflexiveness. There's humility here. It’s not just knowing what you want to do, but holding your immediate goals loosely enough to slow down enough to pay attention on a different level. This allowed Walsh’s teams to be strategic, not just serial and reactive on a play-by-play basis.

There’s also patience at play: you don’t have to feel the pressure to win the game with the first set of plays. You have a better sense of, and margin for, the whole game. You can make decisions that help you sort through ambiguity rather than asserting unfounded confidence, even at the expense of immediate success. Your timeline is farther than the next play, the current series, or even the next drive.

No reasonable coach expects to plan the entire game play-for-play. Yet, product leaders often draw up a years-long roadmap as if we have a crystal ball — not because we want to, but because we don’t know how else to set expectations and respond to stakeholder requests. These roadmaps tend to send the team away from understanding and down the road of doing “what we committed to before we knew enough to not commit to it.”

This 15-play approach can help align two factions that regularly conflict over the level of detail in a forecast: Leadership and the product team. Leadership gets a linear, predictable, near-term plan (see: the three horizons as described in Sense & Respond). The “15 plays” approach communicates confidence and commitment as far as the team has clarity. Stakeholders & leadership can communicate their expectations at the appropriate level and they can also see where the product team intends to go without setting hard-and-fast requirements.

For their part, the on-the-ground product team gets a framework for understanding how requests can fit into the larger plan. As they’re responding to any number of ad hoc and daily urgent-important requests, there’s clarity to move forward and margin to move around.

It’s an invitation to grow with every “play”

It’s noted in this short post on scripting openers that, "Walsh believed that one of the greatest uses of openers was the sheer confidence that the offense had in the game plan because it knew the opening plays and had practiced the sequence."

Planning the first 15 plays allows the team to prepare and be responsible for paying attention and contributing to how everyone learns together. Everyone knows what’s going to happen right out of the gate and expectations are set. There’s preparation for predictability, but more importantly, preparation for resilience and anti-fragility. Antifragility is described as:

"Some things benefit from shocks; they thrive and grow when exposed to volatility, randomness, disorder, and stressors and love adventure, risk, and uncertainty. Yet, in spite of the ubiquity of the phenomenon, there is no word for the exact opposite of fragile. Let us call it antifragile. Antifragility is beyond resilience or robustness. The resilient resists shocks and stays the same; the antifragile gets better"

This means that no play was a failure or success in itself (assuming worthy execution of the play) It means each call is a learning experience that would make the team better throughout the rest of the game: the various moves, routes, decisions within each play adapting in real-time.

When the team is bought into this approach, two things can happen. First, they too don’t need to bear the burden of constant perfection. Players have the patience and humility mentioned above and can relax to be at their best. Second, it increases the learning capacity of the team by making each player responsible for seeing what’s happening around them and bringing it back to the rest of the team.

If the team sees a coach as the one responsible for seeing everything and calling the right play, they’re much less likely to see opportunities and grow together. This, of course, makes the player better which makes the team better which…creates the beginning of a flywheel for success.

Believe me, I know: “building character” is possibly the most heartless, trite piece of “encouragement” I could offer. Bear with me, though. How we respond when we don’t get our way is one of the most telling things about who we are.

“It wasn’t cause for alarm.” Again, Walsh had fostered a longer-term perspective so that even when the circumstances changed so dramatically they had to abandon the First 15, the team was grounded enough to continue on as professionals.

If you’ve spent any significant time in the product world, you know that plans don’t always go as expected. It’s easy to get upset when our predicted futures are frustrated by unexpected challenges.

Were the 49ers simply a team who could perfectly execute a play and plan, they’d be thrown off balance when confronted with some unforeseen obstacle. They could stubbornly dig in their heels and continue with the First 15 because “that’s what we do” or they could give up entirely because “why bother?” But they didn’t. They had cultivated a certain perspective, mindset, and posture that enabled them to carry on towards their objective.

We have to remember: the point of our work is not to simply run a plan. We have the opportunity to become adaptive contributors, leading our teams and organizations through this ever-changing maze of work and carving out as much intentionality and “plan-ability” as makes sense.

Bill Walsh’s Openers are a lot like the Exploratory work at Crema. Research, strategy, discovery, diagnosis, prototyping, and more, all in service of helping our teams and clients make confident decisions down the road.

Of course, we don’t just provide the associated deliverables, but begin to foster a user-centric perspective throughout the work as well as the context behind a strategy to guide, not dictate, work down the road. Ideally, a team’s Openers are shaped alongside the longer-term perspectives & postures. As such, when a part of the plan doesn’t work as expected, teams aren’t completely at a loss for what to do.

Is there an area for you or your team that’s in need of something like a First 15? It could be an upcoming project that’s been hard to fully define up-front. It might be an initiative that’s been given too much definition too early. You might even have a significant personal change you’ve been wanting to make, but lack the clarity to tackle the monolith all at once.

See what it’s like to write out the first handful of steps, planning no farther than you can confidently see. Design to the fidelity of your confidence. (Maybe less.) Write down what you intend to “get” out of each decision and what success might mean for your initiative: what does it “unlock” for you that you can’t do now?

A few helpful exercises might include Assumptions Mapping, Opportunity Mapping, my very own NORTH Canvas, or a new tool built on the practice of First Plays. Practice cultivating expectations around the object of your planning — i.e., learning well to win the game — not just executing a plan.