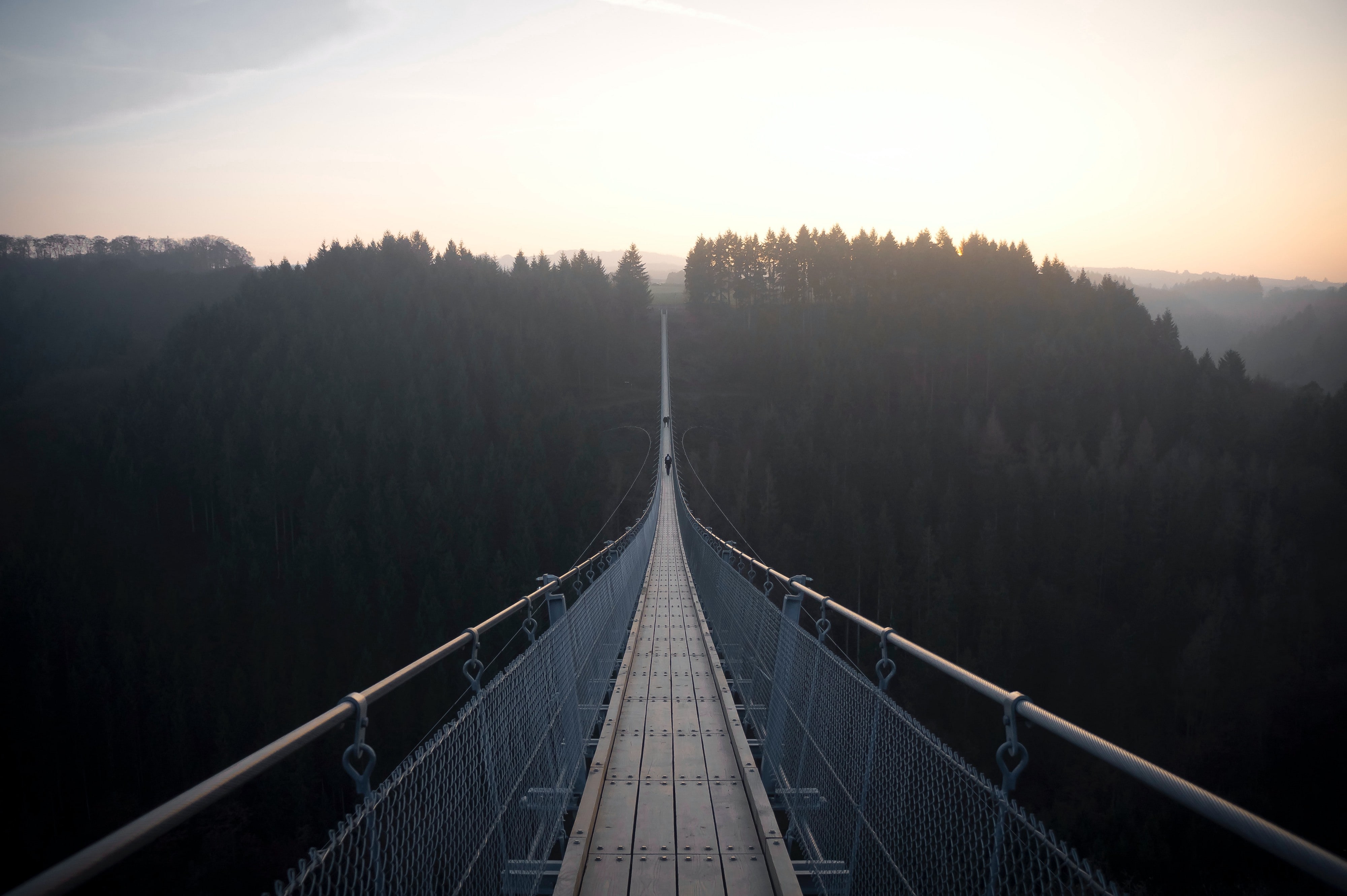 It started with a client embarking on their first customer-facing software project. After years of building their operations around the clunky way someone else’s product worked, they were excited to change the way their company did business. They were also understandably nervous about the journey ahead.

When beginning a project at Crema, we typically go through several exercises designed to generate alignment between everyone involved. Most of them, like the Lean Model Canvas, are descriptive of the product’s future state. They don’t often get into the team’s future state or how we make our way in that direction.

So, borrowing a couple ideas from a couple workshops, the NORTH Canvas was born. Specifically, this initially built on an idea I learned from the Tamara Christensen (she’s amazing!), an IBM collaboration workshop at CANUX 2017 (easily the best conference I’ve ever been to), and, of course, Design Sprints.

To pull out the metaphor/acronym, the North Star isn’t ever your destination, nor does it give you a map for how to get where you’re going. It’s an orientation aid, a marker that helps you understand where you are and set your instruments for the journey. Similarly, this exercise is a way to calibrate your team for the road ahead.

The NORTH Canvas is designed to encourage teams to examine the territory and map out a meaningful way forward. It’s a way to clearly define expectations, constraints, fears, and even areas of ambiguity so that those factors don’t sneak up on us and ruin what could have been. It helps those on the team ask and understand from each others’ perspective:

In this primer, I’ll walk through the canvas in the order in which I typically walk a team through it. (Yes, it’s different than the acronym; I can only be so clever.)

Laying it out: The Canvas

Filling it out: Alone Together

For each section below, take a few minutes — three to five minutes per section — to capture everyone’s input. After each section, have each participant share their notes and supporting commentary; others can ask clarifying questions or add notes that are inspired by another participant. Gather themes as they emerge and press into outliers for deeper understanding.

In the left-most section, using attributes, values, emotions, outcomes and anything else that comes to mind, describe the current situation. Good, bad, ugly, and anywhere in between, get it out of your heads.

If “$@!#%*” is on your mind, get it down. It may not be a coherent thought, but it’s certainly a discussion point. The point of the Now section is not to agree on a shared reality; it’s to understand where others are coming from and how our own perception fits into the whole.

As themes emerge, gather them together and place them at the top of the section. Dot voting and further discussion may be warranted if there’s too much deviation between themes or priorities within the group.

Next, in the right-most section, use principles, attributes, values, emotions, outcomes and anything else that comes to mind to describe ideal working environment. This doesn't have to start out as realistic, either. Stretching yourselves beyond what’s immediately attainable will not only help you clearly define short term aspirations, but longer-term possibilities as well.

Encourage the team to reference great teams, companies, and stories that they’re familiar with, but don’t stop there: translate those factors into your organization, capturing how the greatness could be expressed in your situation. It’s not enough to say, “we want to be innovative like Apple” because Apple has a massive investment in a certain way of working that produces such innovation. Instead: what small pieces can you take from the way Apple works and begin applying those to your work, bit by bit, day by day?

Another encouragement is to capture the barriers, but set them aside (for the Risks section below). There will always be a reason (or several) to hold us back from stating what we could be if only things were perfect. And if we always let these barriers supersede our need to change, then we’ll certainly never change—we probably won’t thrive, either.

As themes emerge, gather them together and place them at the top of the section. Discuss which themes are important—based on survival, growth, etc., not necessarily those which are feasible.

Now, in the bottom-middle section, collect the risks that may be incurred, both in moving away from the current status quo as well as moving towards an unknown future.

At this point, it’s important to call this unknown future what it is: an unknown future. As such, there’s likely to be hesitation, uncertainty, even fear. This is inherent to, sometimes even good for, organizational change. Openly acknowledge this; failure to do so presents a significant risk itself (so meta!), hindering both the team’s ability to access realness while doing this exercise, but also the team’s willingness to engage with the plan over time. Which means you’d have left the harbor only to find yourself at open sea with a surly crew and a list of destinations that everyone and no one wants to see.

Antibodies are important to identify, here. In any situation that encourages change, it's easy to dismiss the people or processes that want to hold back and maintain the status quo. They feel like a risk, but they are so much more. Dismiss them at your peril! Their perspective is critical in making change work in the long run. Not because they want to kill the company or ruin your project; they're important because they see great value in the current state and can clearly see where things will break. It's also true that these antibodies might be the very keys to holding onto and reinforcing the change that you seek.

Truly, this whole exercise was created to get the group’s reservations out in the open.

In the top-middle section, gather anything that bodes well for the change. In transition, these could be outside forces that could give this change a lift: a new book that provides insights, new technology to accelerate development, complementary organizational initiatives that cover the cost that’s been holding you back, broader trends the wave of which you can ride to your own success.

Opportunities could also be outcomes of the “Then” column that can give folks a vision for the possible so that they’re more likely to participate more fully.

This can be a struggle for some, as not all opportunities are as readily visible or accessed as risks. It might take time and conversations with others to identify meaningful ways forward; data and customer conversations might be helpful, as well.

And remember those antibodies? Ask them, “what would make this work really well? What gets in your way so much that, if overcome, would redefine the way you work?”

More questions for the team:

As you can see: the How becomes the bridge from Now to Then, running over the Risks that can drag us down and under the Opportunities that can give us lift.

These aren’t necessarily linear steps to complete the change. This isn’t a check list. It’s a set of ideas, actions, disciplines, structures, & postures that should help you make meaningful progress to your goal. There will likely be some step-by-step in here, though, and it’s important to build that out.

“Everybody has a plan until they get punched in the mouth.”

In any change, you might get “punched in the mouth.” That is, you might get hit with an unexpected jolt of counter-energy that throws you off your plan and disorients the entire team. Here are a couple ideas for minimizing the chance of that and helping you recover when it happens.

Give specific Hows to specific Risks & Opportunities. “We have this legitimate fear. What can we do to keep it at bay?” “How can we protect our focus so we can make the most of this tailwind in the market?” Leaving then open & ambiguous may leave too much room for interpretation, misalignment, and distraction.

Start small
You’ll feel a strong desire to want to make a big dent right out of the gate, to prove that it can be done. You’ll also be tempted to design the entire change sequence up front, neglecting the fact that you lack a crystal ball.The thing is, you’re really trying to build momentum. And that’s best done in small, thoughtful steps that are responsive to feedback.

From a complex systems perspective, there’s always a risk of unforeseen risks and opportunities as you take each step. Each new change is a sort of stimulus that will provoke one reaction or another from the broader system: asking “Mark” questions about the data might make him feel insecure about his work; moving “Rosemary” to another role might open her eyes to work that she never expected that she’d love.

How will your team handle these? Two considerations will be critical for handling such a scenario: feedback loops and margin.

Overcoming inertia
Be mindful of the more emotional, less tactical steps that you can take. For example, after a certain period, you’re expecting Kanter’s Law to kick in —and it will. So plan on priming yourselves with a more meaningful step before that.

It’s important to consider that the How isn’t just doing away with all of the Risks: it’s making the most of the Opportunities so that the team can 1) acknowledge the risks and, 2) navigate thoughtfully around them, as it were.

Unless given proper attention, unacknowledged risks can easily turn into inertia for the current initiative as well as others in the future.

Call it what it is
You never know every step and how they’ll play out one after another, and a posture of confident humility will help the team honestly work through the uncertainty. With that, a best guess and aligned expectations will help everyone move forward well. Be flexible and continue making the most of opportunities, no matter how small.

The NORTH Canvas can be a helpful way for you to process the ambiguity of where you want to go next and how to get there. It can be a good prompt for teams to get some topics & feelings out on the table. And it’s flexible enough that it can be used in any number of situations to start future-driven, present-conscious conversations.

This doesn’t have to be a one-and-done exercise. When done in Miro, it can be referenced as a living artifact that keeps up with you as you make changes. For this purpose, we’ve made PDF & Miro templates publicly available.

Give it a try and let us know what you think!

Crema's Logo Featured on DesignRush: "The Best Software Companies Logo Design"
Crema Ranked Among Clutch’s Top 1000 Global Companies 2 Years Running
The #1 Most Important Role Missing From Your Remote-First Digital Product Agency (2023)
What to Expect Getting Started with Your Software Agency