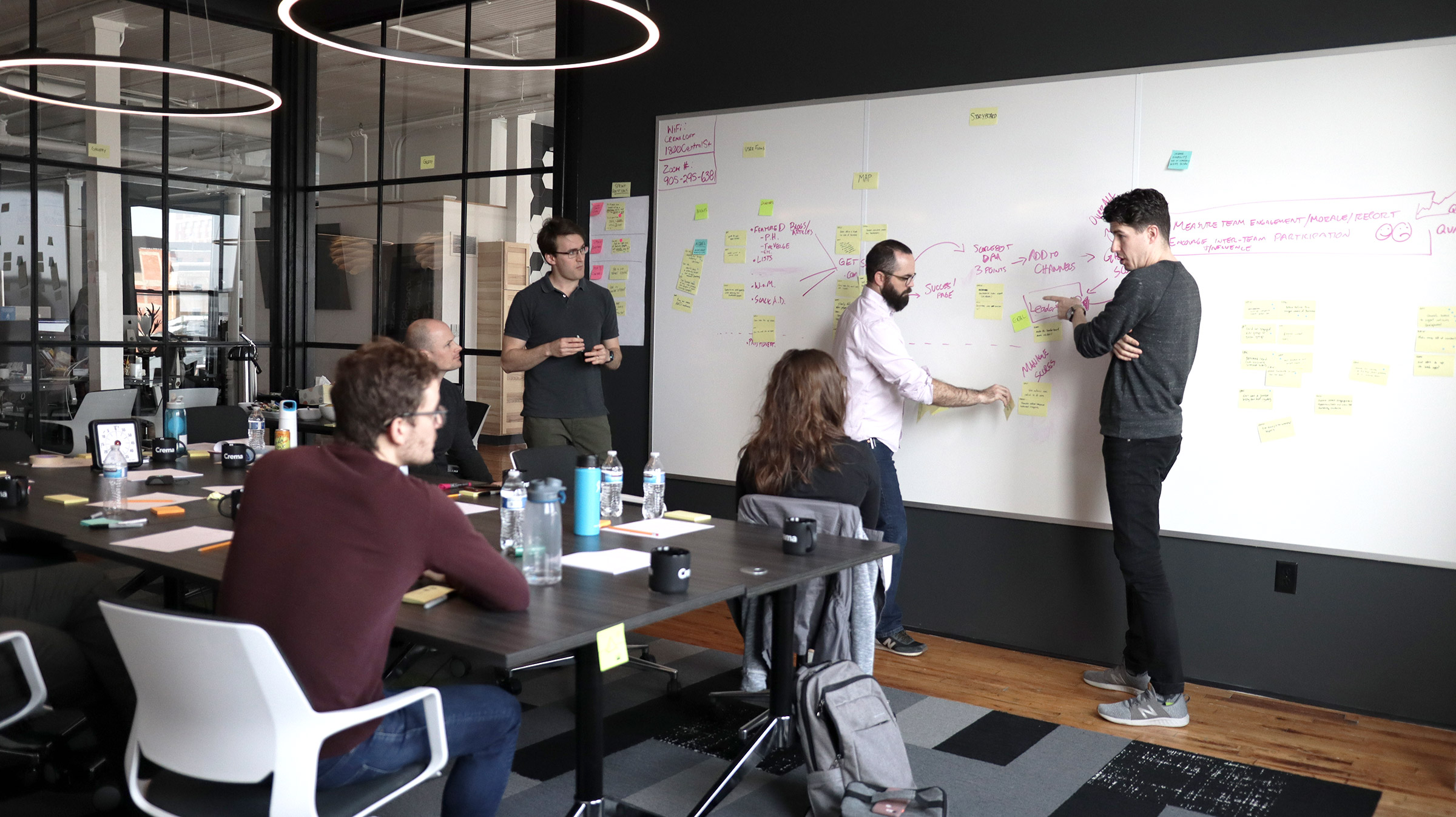 A Design Sprint helped the Scorebot team navigate the future of their product.

Scorebot, a unique, free SlackApp that makes everyday Slack conversations a company-wide competition, had a problem. They had a team dedicated to V3.0, but they still weren’t totally sure what direction they wanted their app to go. Was Scorebot an HR solution to evaluate team morale? Was it a fun culture-add that made the workplace more fun? Was it something the team hadn’t yet considered? And, above all… would people pay to use it?

The team decided the following as their Long Term Goal and Sprint Question to answer during the Design Sprint:

“I was very skeptical of the whole thing… but the process spoke for itself, and I absolutely loved it. This would have easily been 6 months of meetings."

By the end of Monday morning, the team decided to limit the scope of the solution to the web-app portion of Scorebot, how users get there, and what happens when they do (Map & Set the Target).

On Tuesday morning, the team entered to see each of their solutions on the wall (Art Gallery). The ideas were amazing. From a whole new Scorebot universe to a Slack-only option, the team had created solutions that were unthinkable when the Design Sprint started. The team voted on which one to move forward with, and on Wednesday, our Designer got to work.

On Wednesday, our Designer got to work.

On Thursday, we held 4 user tests (one couldn’t show…). The users were a unique mix of HR professionals, university staff members, co-founders of software companies, and designers. Each one brought a new perspective to the table, and each had their own “aha!” moment. The university employee said that her team (who already used Scorebot) would love this update, because it would help them have more fun together. The HR professional said that being able to observe employee engagement and interactions without making people fill out a questionnaire would be a valuable tool. The co-founder said that Scorebot would help save his internal communication team several hours a week following up with teammates about whether they had or hadn’t read an internal memo.

The User Testing Observation Room was a joyous one, and the Scorebot Team was laughing and celebrating when each person said “we like these new features!” and “yeah, we would pay for this.”

Debriefing on Thursday afternoon, the Scorebot team was quick to say that “the process just works.” The team had pivoted their understanding of what people wanted, and the users unanimously responded, “we want it.” Want to talk over coffee?
Brandon is eager to listen.

“Your industry faces some unique challenges.  We’re curious to hear your ideas around how to tackle them.”