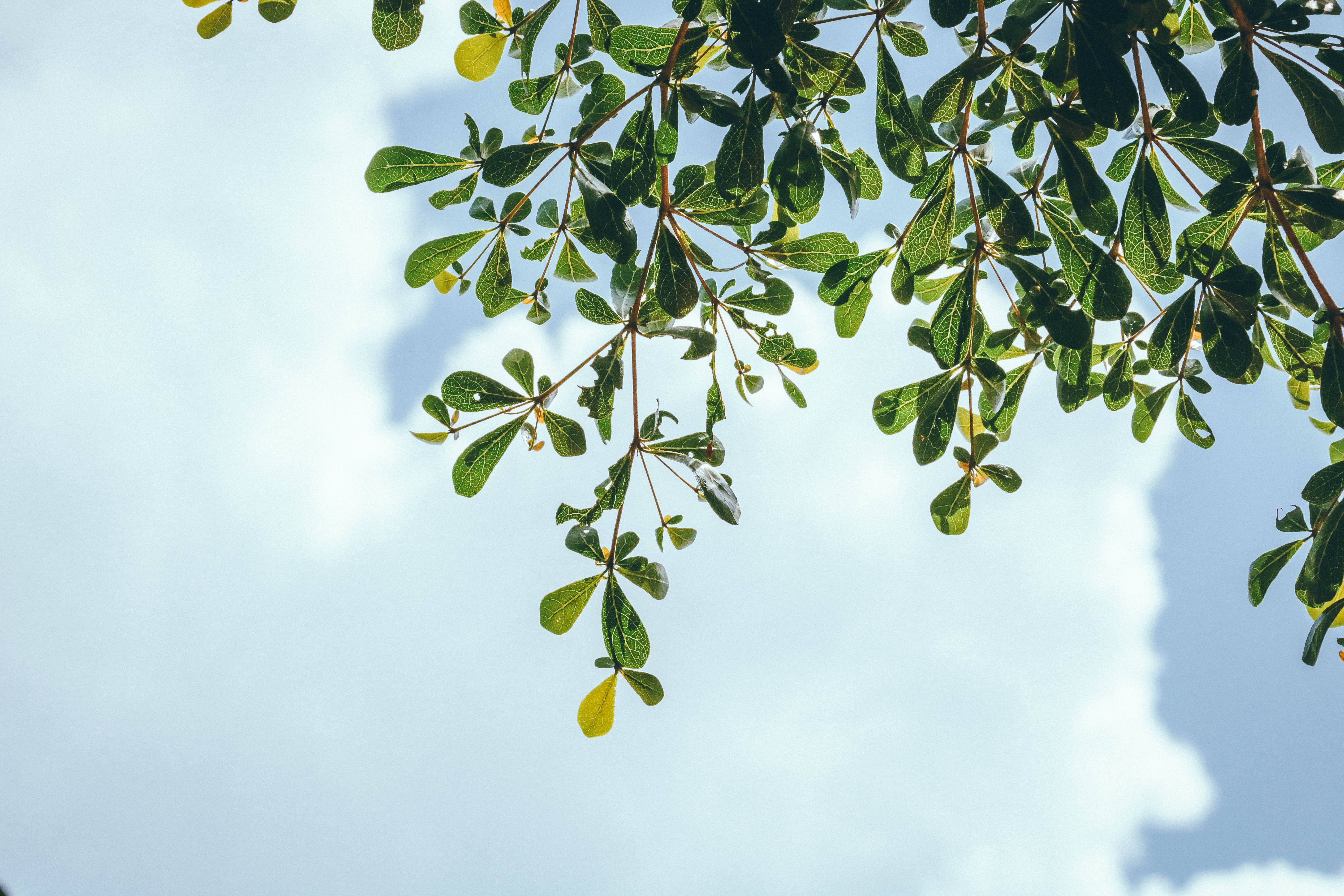 We all know the struggle of keeping a plant alive and healthy. Unlike a baby that cries when it’s hungry or a dog that barks when it needs to be let out, there’s no way for our leafy green friends to let us know that they’re thirsty, lacking sunlight, or in dire need of some fertilizer.

While some plants, like Snake Plants, require very little maintenance, others, like succulents, require a lot of attention. And for plant parents that have their own little jungle (no joke – we interviewed someone who has an entire bedroom for their plants), it can feel nearly impossible to keep them all alive and thriving.

Seeing a gap in the market for a plant care app that was both functional and beautifully designed, our Venture Lab team of two product developers, a product manager, a product designer, and a marketing specialist joined together in the name of all plant-kind.
‍

Our goal for the app was to help plant novices and experts alike track plant growth and keep their plants alive. This is the story about how Vera came to be.

Running a Feature Sprint to Lay the Groundwork

After creating a low-fidelity prototype to test our ideas and reduce uncertainty, we went through a Feature Sprint with Justin Mertes, one of Crema’s Design Sprint Facilitators. In this meeting with developers, stakeholders, the product owner, and the marketing specialist, the team was able to hammer out the MVP and basic branding for what is now known as Vera. We sought the answers to big questions, like:

Throughout this time, we were able to leverage remote tools, like Miro, to catalog our progress in a digital space.

Our product owner was the decision-maker for this meeting, though she considered the overall consensus of the group when making her decisions. Between the outcomes of this exercise and our Lean Model Canvas (see below), we felt confident in our decisions and prepared to move forward with design and development.

Validating a Need in the Market

Along the way, we received validation that a plant care app was needed. We found a Kickstarter that raised over $38K and had the same basic functionality as our own app. Though the app never went to market, the concept generated a lot of excitement, especially among Android users.

This kickstarter, along with this Reddit thread around Plant Care Apps available for Android users, showed us that people were still interested in the concept, and they were even more eager to support an Android version of the app. There were several watering reminder apps on the market, but we knew we could distinguish our product through a beautiful UI and consistent updates.

Additional validation came through a tool that shows us the number of Google searches for specific keywords. We could see that there were hundreds of monthly searches for an app that could help people take care of their plants.

From there, we decided to bump up our SEO strategy and create a marketing website that would be optimized for the keyword ‘plant care app,’ which averages 170 monthly searches. We included the phrase in our metadata, product description, URL, and within our name on the app store.

In addition, we reached out to the owners of the web page that was ranking really well for these search phrases: Opus Grows’ article on 5 Apps That Will (Kinda) Guarantee You Won’t Kill Your Houseplants. They were already planning to update their list, and they were more than happy to add Vera as a watering reminder app.

Since Vera’s addition to their list in December 2019, the article has driven 21,700 users to Vera’s website—nearly 60% of our overall traffic! You can see when the link was added near the end of December:

We also conducted competitor research to see what complaints people had about apps similar to our’s, so we could avoid these pitfalls from the get-go. Here are the main complaints we found:

“Would have liked some watering history or graph, so that I can correct/adjust the watering.”

“I would like a growing diary on each plant with pictures we can add notes to.”

“A big downside is all the pop-up ads. I would consider paying for a "full" version without ads if available depending on price and additional features.”

“I would like a photo album to document progress.”

Based on this information, we knew that we needed an app that could:

Not to mention, we wanted to build this app without annoying pop-up ads that would distract from the user experience. We had quite the road ahead of us, but we all held a clear vision for what the MVP would look like.

Deciding on a name for our plant care app ended up being a multi-month process. Our original name was ‘Happy Plant’ though we quickly realized that the name was already taken by a fellow plant watering reminder app.

We went back to the drawing board and threw out a few different options (‘PlantPad’ being near the top of the list), but ended up going with a name that we found botanical and feminine: Vera. Since our branding for the app was geared more toward females and embodied this idea of a ‘plant nanny’, we thought Vera was the perfect fit. Side note: we loved that the name worked in all Latin & Latin-inspired languages, too!

Our idea was further validated by the fact that there wasn’t a ton of competition for the name on the App Store.

Once we knew what our MVP was going to look like and had our name, the next step was getting screens designed and translated into code.

We used Sketch to create screen designs and brand elements, though designs were moved over to Figma in 2020. From a brand perspective, we wanted Vera’s modern look to serve as a differentiator from the other plant care apps on the market. Instead of going for the stereotypical green primary color, we used blush tones to help us stand out. The team always knew the UX/UI was going to be what set us apart from our competition, which is why we took bold approaches to showcase this aspect from the get-go.

The core of the Vera app was created using React Native, Expo, and Firebase. Crema is mostly a React shop, so jumping over to using React Native framework came naturally. We used React Native and Expo to help build one code base and deploy our app for both iOS and Android devices. Firebase has been an incredibly valuable tool in terms of scaling and managing user data. Our goal was to build an application that would have the same performance with 10 or 10,000 users.

Due to the fact that there was not a lot of competition at the time of launch (November 2019) Vera ranked immediately under the keyword: “plant care” on Google Play by landing #3 on the first page. The fact that our app was on the Google Play store gave us a competitive advantage in this space since a lot of the more popular plant apps were only available on the App Store.

The Value of a  Test Engineer

One of the smartest moves we made was bringing on a Test Engineer to file bug reports and help brainstorm solutions to common problems our users were facing. We wanted to make sure the quality of product was up to Crema standard, and having Ashley on board gave us that perspective.

Ashley’s first goal was to test the app thoroughly from front to back and scour for bugs. These tests were manual and involved her interacting with one of our test devices as a Vera user would.

Ashley then tested the upcoming features to ensure a solid release. One of the main challenges she ran up against was limited time to test.  To help with this challenge, she created a test list that focused on the core functionality important to Vera’s users. That way, she could make sure the next release was ready to go even with limited time. This also allowed for other teammates to test for the release as well.

While our plant care app was in Test Flight, we were able to get user feedback and iterate from there. We also conducted a few user interviews to help us gauge what functionality the app would need to incentivize users to pay for a Premium version.

On top of scouring our reviews and site form submission for feature suggestions, we also added a feature in the app that would ask users whether they would like to send feedback to the Vera team. This feature prompted dozens of people to email us with feedback. Based on what we were hearing, users really wanted:

Our Premium launch strategy was put on hold when Bloomscape reached out to our team about a possible acquisition.

Bloomscape, a modern garden center delivering the largest variety of quality houseplants from the greenhouse to people’s homes, knew they wanted to continually arm plant parents with ongoing plant care support, resources and tools to ensure plant parents have what they need to succeed. During a competitive review of apps that focused on plant care, they came across Vera and reached out.

They liked that the app matched the plant care technology that they were working towards and appreciated that it was built with the users in mind. This aligned with their own commitment toward providing ongoing tips and advice needed to help plants thrive.

After a few conversations, an acquisition was agreed upon that included a transition period where our product team would continue to iterate and refine the app under the Bloomscape brand. Combining the tech expertise of the Vera team and Bloomscape’s resources, new features – and a new brand– were quickly implemented.

Vera by Bloomscape launched on September 30, 2020, introducing a new design system and revamped mission to help plant lovers manage the care of their plants and provide tips and educational content around plant care.

Where is Vera Now?

If you’re interested in downloading Vera by Bloomscape, it’s available on both the Google Play Store and Apple Store. You can also check out Bloomscape’s Instagram or learn more about the acquisition in Tech Crunch and Startland News. 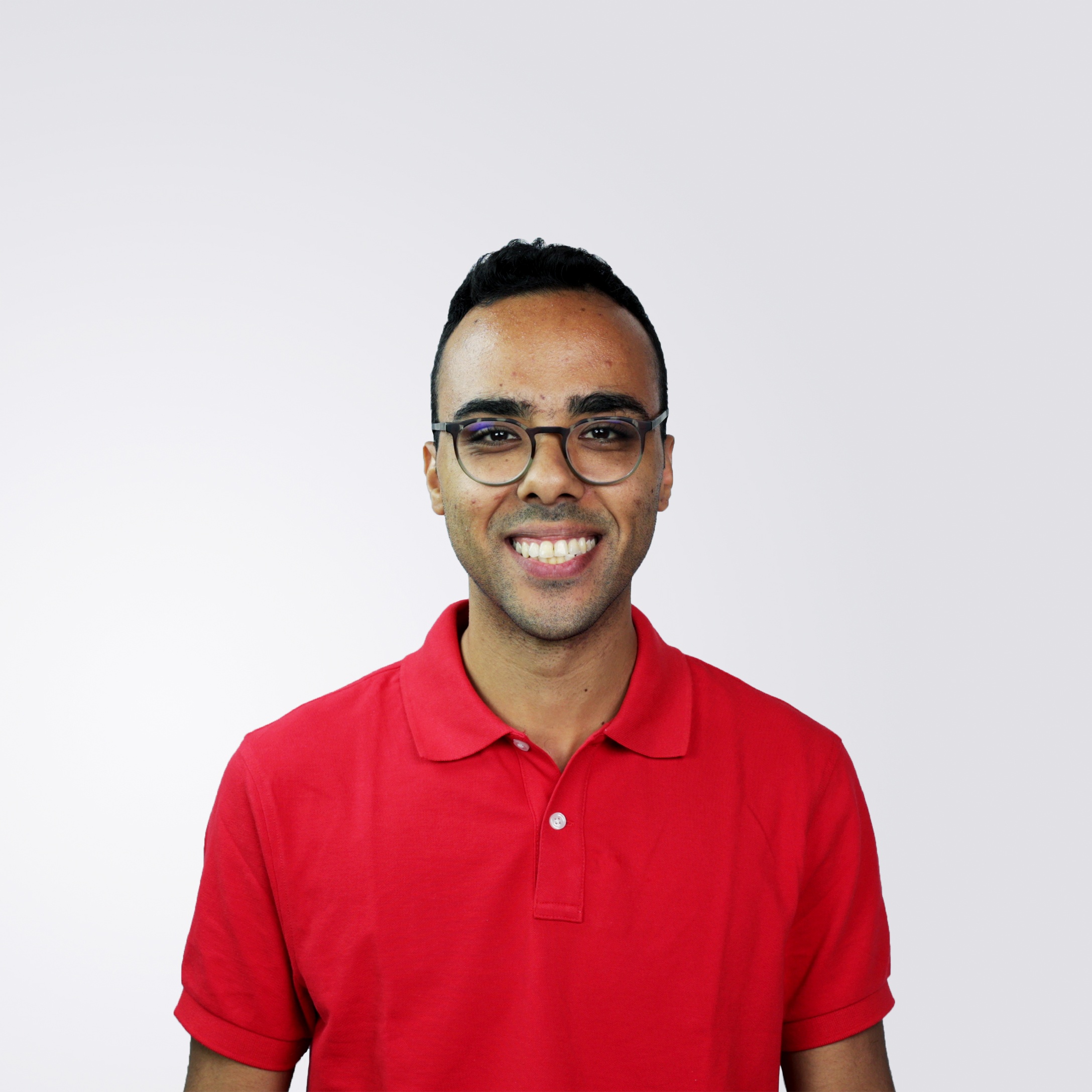 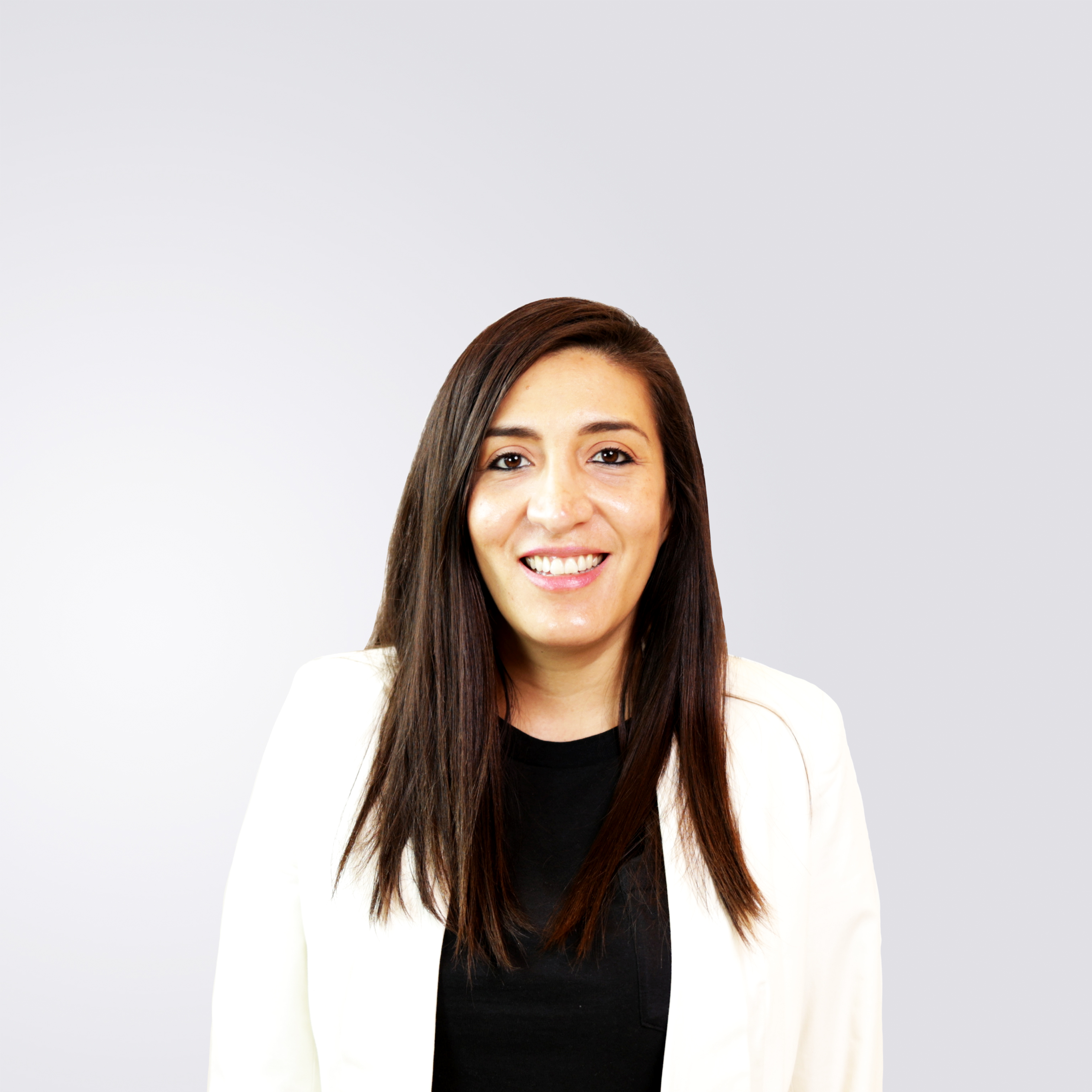 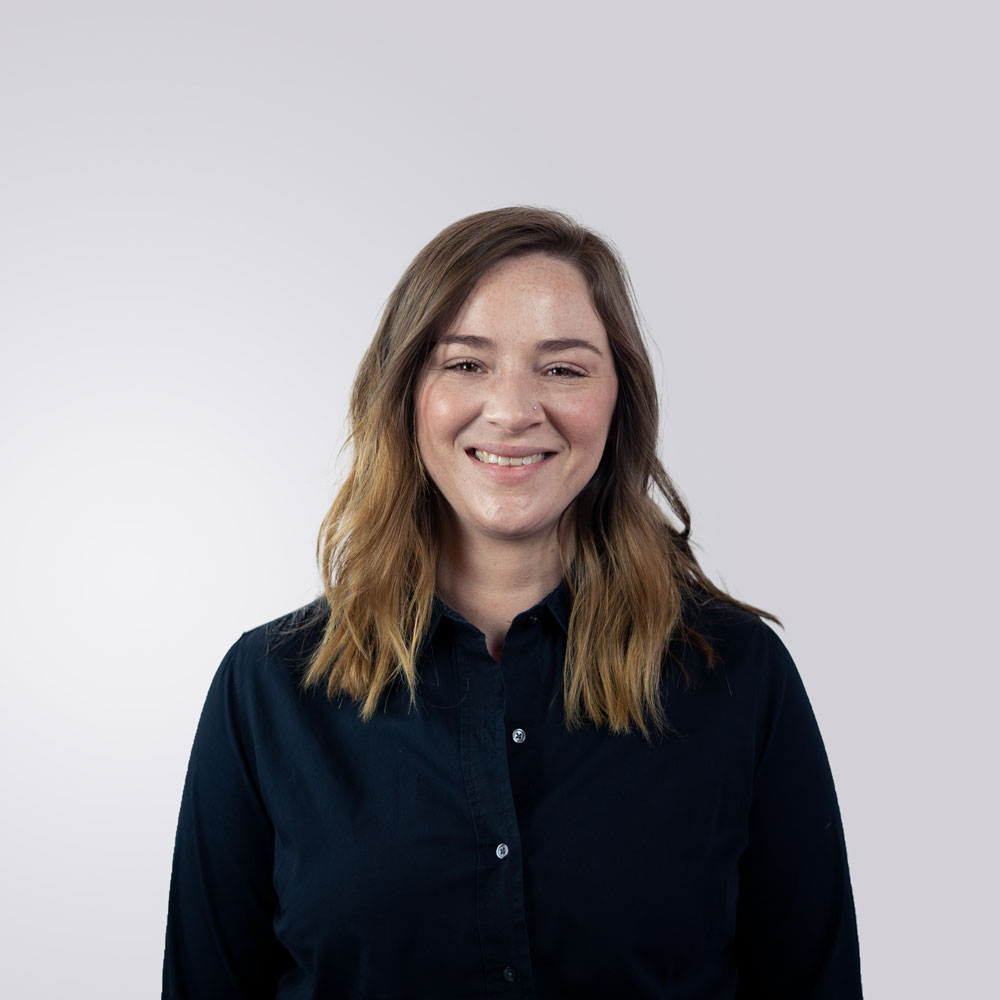 Want to work with us?

We work with organizations that have a mindset for growth, a creative appetite, and are ready to build innovative digital products.

Want to join the team?

Are you looking to join a culture to grow in the mastery of your craft?  Join our team of designers, developers, product managers, strategists, and test engineers.